How to Get Rid of Stalkers 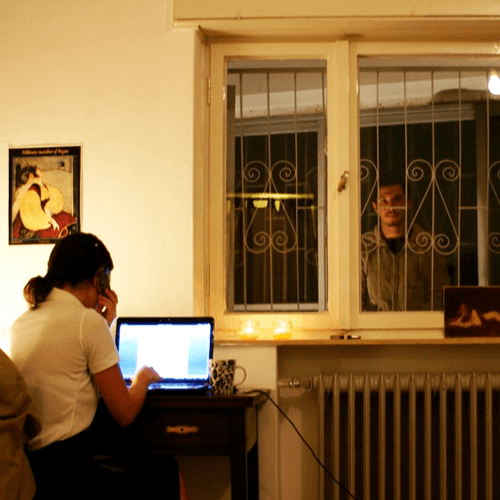 You’re not in a Hollywood slasher flick, but stalkers can be very real problems. They don’t know how to express themselves in a healthy way, and their alternative methods often leave the other person feeling creeped out, unsafe, or outright violated.

Stalkers operate with an odd mindset of affection and hatred, all of which is glued together by the person’s obsession with someone else. Get rid of stalkers with this guide to protect yourself.

Stalkers can all be a little different and often sneaky by definition. It’s important to identify early signs that these people might be following you a bit too closely.

They’re often intelligent in the strictly traditional sense, but they lack emotional intelligence. They often can’t relate to you or others because they just don’t know how. This is one of the reasons why stalkers operate in the manner that they do.

They’re also generally pretty self-centred, which feeds into stalkers’ lack of emotional intelligence (more commonly known as empathy). They don’t think about what others want. You’ll probably notice this if you’ve spoken to the stalker in some form. They can also be quick to anger, although this may appear to be a flustered or frustrated demeanour in public.

2. Check for their friends.

Stalkers often don’t have friends. This is the difference between someone checking you out from across the room with a group of friends and a person staring at you while sitting alone. Their inability to form meaningful friendships stems from the same root problem as their inability to interact with members of the opposite sex. They just don’t understand how to court people.

Joined at the hip to a stalker’s social awkwardness is a fleeting sense of ‘right’ or ‘wrong.’ Most people have some sort of relatively effective moral compass that tells them when an idea is good or bad.

This person might just not have all of the components necessary to empathize with others; you don’t need to feel sorry for the person stalking you, but you can understand how he or she operates a bit better. The person might even be sociopathic—read up on sociopaths or watch Dexter to get an idea of how such a mind operates in a world of empathetic people.

3. Know your type of stalker.

There are several different kinds of stalkers. Know which one currently trails your footsteps in order to understand how to deal with him or her. The first type is a “passive” stalker.

This kind of person has never had a serious interaction with you if they’ve even met you before. They fantasize about being in your presence, being your significant other, or another kind of close relationship. These people tend to be passive and observant. They’ll stick to the shadows without interacting with you (generally).

Delusional stalkers once had some sort of relationship to you that has now ended. They won’t leave you alone after you’ve clearly broken away from them. They don’t necessarily want to hurt you, but they tend to believe that the ends justify the means; being with you justifies making your life difficult.

On the more extreme side, vengeful stalkers want to hurt you. They want to exact revenge upon you for a perceived slight or wrongdoing. These are usually the most dangerous ones, and will take the most action against you.

Cyber stalkers can be any of the three types covered above. The “cyber” label encompasses the stalker’s digital habitat rather than the motivation. Stalkers can still observe you from afar online, just as they can exact revenge upon you online. The digital world gives the person more windows into your life.

This is why you need to control your online presence carefully if you think a stalker is on your tail. It’s not fair, of course—why should you need to restrict your online footprint for some other creepy person? It’s about discouraging the stalker and defending yourself pre-emptively.

This idea is kind of like checking for monsters under your bed; the idea is to give yourself the peace of mind that you need to get a good night’s sleep. This article can’t help you much if the person has already broken into your home, but you should still check around the outside area of your home for any signs of intrusion.

Look for trampled gardens and suspicious cars parked around your home or workplace. Also ask your neighbours and co-workers about these things. Your eyes simply cannot be everywhere at once—ask people to keep an open eye for you!

Assume that the stalker could become violent. Don’t confront the stalker and most certainly do not engage with the person while alone. Use your dog strategically if you have one, and take it with you if you’re going out for an evening stroll. Just don’t let yourself be in a potentially dangerous situation if you

Get the law on your side if all else fails. Build a case with the police earlier rather than later. You need to document unwanted advances when they happen so that you can have ammunition to use against the stalker if the situation escalates.

Do not panic while reporting these instances to the police; instead, level with them and be transparent about the situation. You can tell them that you’d like to report the incident to have it on file because you suspect that you won’t be able to get rid of the stalker very easily.

Let them know that you’re taking precautions but that escalation might still occur.
The trick is to get a record of things early so that police can act if things get serious.
Get a restraining order if all else fails, and make the stalker pay for your legal fees if the situation escalates to a court case.

Get rid of stalkers with patience and precaution. Recognize the stalker by checking for the person’s mannerisms and friends (or lack of friends). Understand the type of stalker with which you’re dealing so that you can anticipate their moves. Control your online presence and ask around when you suspect that someone follows you. Stalkers stay in the shadows for a reason—expose them to scare them away for good.

78 People reacted on this