How to Get Rid of Staph Infection

Posted on: April 16, 2009 Posted by: Nicole Harding Comments: 9
Tags: How to Get Rid of Staph Infection 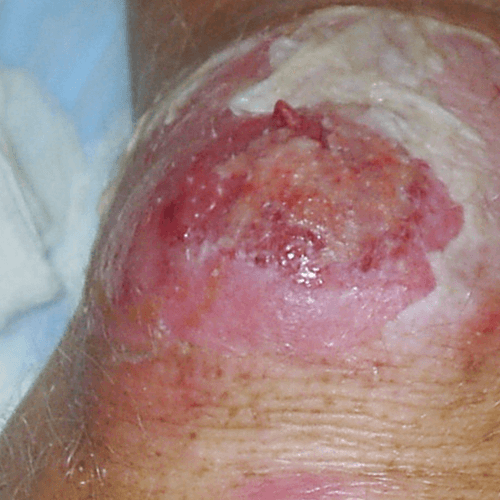 Staph, Golden Staph or Staphylococcus Aures is a bacterial skin infection that is (unfortunately) common in those with weakened immune systems (from HIV, poor diet, drug use and so on) and people who avoid showers like they the plague. Staphylococcus aureus—literally “Golden Cluster Seed”—is the most common cause of staph infections. It’s a spherical bacterium, frequently living on the skin or in the nose of a person. Approximately 20–30% of the general population are “staph carriers”.

Staphylococcus aureus can cause a range of illnesses from minor skin infections such as pimples, impetigo (may also be caused by Streptococcus pyogenes), boils, cellulitis folliculitis, furuncles, carbuncles (Learn how to get rid of carbuncles), scalded skin syndrome and abscesses, to life-threatening diseases such as pneumonia, meningitis, osteomyelitis endocarditis, toxic shock syndrome (TSS) and septicemia. Its incidence is from skin, soft tissue, respiratory, bone, joint, endovascular to wound infections. It’s still one of the four most common causes of nosocomial infections, often causing postsurgical wound infections.

Traditionally, staph infections were treated with an oral antibiotic like penicillin, but because antibiotic-resistant strains are becoming more and more common, doctors have had to resort to stronger antibiotics with a broader spectrum of microbial control. In other words, go see a doctor if you think your impetigo is getting out of control—it could save you a trip to the intensive care unit. (For impetigo treatments, read how to get rid of impetigo)

Because of the high level of resistance to penicillins, and because of the potential for MRSA to develop resistance to vancomycin, the Centers for Disease Control and Prevention have published guidelines for the appropriate use of vancomycin. In situations where the incidence of MRSA infections is known to be high, the attending physician may choose to use a glycopeptide antibiotic until the identity of the infecting organism is known. When the infection is confirmed to be due to a methicillin-susceptible strain of S. aureus, then treatment can be changed to flucloxacillin or even penicillin as appropriate.

In any case, now that you know most everything there is to know about staph and its growing resistance to antibiotics, you’ll be better prepared to handle it. Just remember to make good use of these tips regarding treatment and prevention before it’s too late. If you enjoyed reading this article, you’ll surely be interested in reading how to prevent infection too.

Click here for more information on how to get rid of staph infection.