How to Get Rid of Stink Bugs 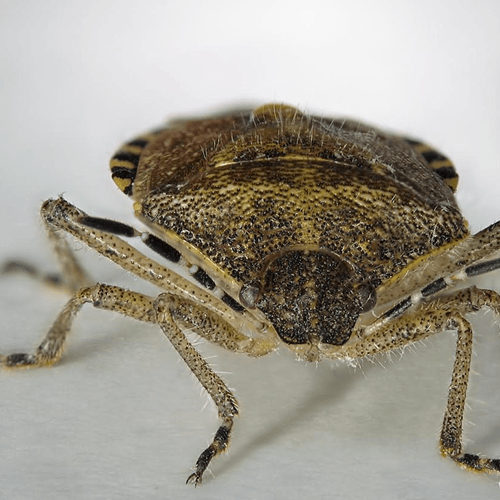 Some bugs stink. Literally. If you’ve been unfortunate enough to disturb some of these bugs, then you know just what kind of foul odor awaits you. There’s nothing like a rancid almond smell to drive away insects (and humans) away from you. The worst part is that the smell usually takes some while to disappear, even after a round of washing.

Stink bugs belong to a family of insects known as Pentatomidae, from the Greek word meaning “five sections”. They share this family with the shield bugs. They are usually identifiable by their five-segmented antenna (which accounts for their family name), a four-segmented beak, and three tarsal segments. When seen from above, the body shape is generally shield-like. When disturbed, these stink bugs emit a pungent liquid that is the source of their familiar smell or “stink”. They use this as their chief means of driving away predators. The odors are also some sort of homing beacon for them to use the next time they decide to escape the cold winter; indeed, these bugs usually start to make their presence felt during the onset of cold fall.

It is this kind of behavior that makes stink bugs such pests. When the cold season comes, they usually find shelter in places where there are lots of light and warmth in order to hibernate. Unfortunately, for most people, their house are usually the best candidates for their lodging needs. While the stink bugs don’t aggressively attack people, they are big, they are ugly, and when they’re not in your home, they are in your gardens making a mess on your precious flowers.

A very good bit of advice when you try to get rid of stink bugs: do not, under any circumstances, crush them. If you do, then the stink that will be released will be something that is far stronger than normal and it might be difficult to remove on whatever surface you happened to squash them on. It is recommended, then, that as much as possible, try to kill or remove the stink bugs intact.

Now that that’s settled, here are some ways you can get the stinky bugs off your property.

1. Seal your house properly. The best way to get rid of stink bugs from your home is simply to deny them access in the first place. Thoroughly check the outside of your house and make sure that there aren’t any cracks or holes that the bugs may use to get inside. Place screens on your windows as well as on the doors, and for those that already have them, check to see that they don’t have any holes. Most cracks can usually be found around windows, doors, utility pipes, behind chimneys, or underneath wood fascia. If you do see any cracks or holes, cover them up with boards or, better yet, use a cement sealant. These are better since they can conform to the shape of the hole, so you don’t need any boards sticking out of your house’s interior or exterior walls. Make sure that you do this before the stink bugs start infesting, which is usually during the end of fall when nights become cold.

2. Treat the outside of your home with chemical repellents. The best time to do this is during fall before they start to migrate inside your home. Spray the surrounding area as well as the outside of your home with cypermethrin. It is a synthetic compound that is primarily used as an insecticide. In insects, it is a fast-acting neurotoxin. While it is easily degraded with applied to soils and plants, when applied indoors on inert surfaces, it can be effective for weeks. Use a sprayer to spray the chemicals. However, since a stink bug’s outer skin is tough and may not be easily vulnerable to normal sprays, use what is called a “spreader sticker”. The sticker will allow the pesticide to penetrate much faster. Spray the treatment up as high as you can outside your house and allow it to drip down for complete and thorough coverage. A well-sprayed structure will provide an invisible wall of defense that the stink bugs will not be able to penetrate. Most homes will require two to three gallons of the treatment to get good coverage so it’s up to you whether it is worth it to have added protection from stink bugs.

3. Use vacuum cleaners. Vacuum cleaners do more than just suck dirt and cobwebs, they’re also effective in sucking those pesky stink bugs that managed to gain entry to your house. Make sure, though, that once you’ve sucked all of them in, immediately seal the bag and throw them somewhere that’s far away. You may squash them when they’re inside the bag and then throw them in the landfill. Having a bag full of squashed stink bugs may not be wise to keep around the house.

4. Call a professional pest controller. If there’s just too much of the pests and you can’t handle them all, or if you’re too busy or scared to do the controlling yourself, then acquire the services of a professional. A certified pest controller will be able to fully protect your house from the pests by securing all the common places the stink bugs usually enter. They may also know of techniques to better control the stink bugs. What’s even better is that you don’t have to buy any special equipment in order to fully protect your house.

Most people have invested too much for their homes to be infested with stink. That is why pests such as stink bugs should be driven off the house. True, they may be predators of other pests, but don’t be misled by this thinking. They are only predatory for as long as the local population of insect food are present. However, they will readily resort to local vegetation once those run out. Remember: a few around won’t hurt. When they start amassing in numbers, however, you’re pretty much “stunk”.
If you love this article you’ll probably love reading how to get rid of june bugs and how to exterminate bed bugs.

20 People reacted on this