How to Get Rid of Sumac 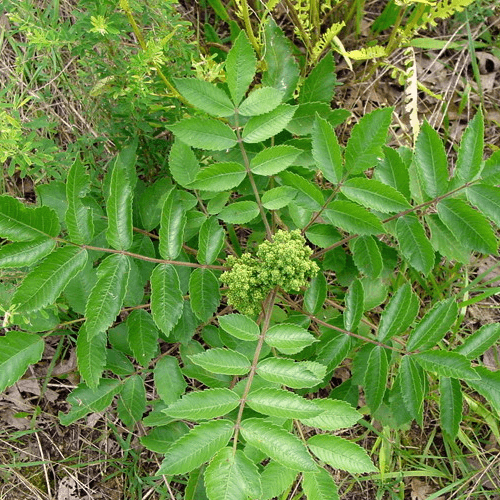 Having sumac shrubs and trees in your garden can be absolutely gorgeous during the fall season, with their red berries and leaves dominating the landscape. These berries are also used as flavor or spice. However, there are many varieties of sumac, and some can be poisonous or trigger allergic reactions. Sumac can also be a very aggressive and dominant plant, and for this reason some people may opt to remove it from their lawns and gardens.

Sumac plants vary, but their leaves form a pinnate compound, or feather-like shape. They produce small, greenish, white-and-red flowers with five petals. Their fruits, called sumac bobs, look like tiny red berries clustered together. Most sumac are edible and eaten by birds and humans alike, but some are poisonous, so better identify what kind of sumac plant you have before eating any of its fruits.

Get Rid of Sumac

Sumac blossoms and produces fruit during the fall season, so it’s best to get rid of it during the summer, or even the spring. That way you can do away with having to deal with the seeds which produce sumac plants. You can also try to identify what particular kind of sumac you are dealing with first to determine which method would be the most effective for your purposes. If you’re dealing with poison sumac, it’s best to take extra precaution and wear protective gloves and clothes.

Take note that if you choose to get rid of the sumac plants in your garden, it also means that you may have to get rid of it all. New sumac plants sprout from other sumacs’ roots, so anything you do to harm the smaller sumac affects the bigger ones as well. There’s no such thing as favoritism when it comes to getting rid of sumac.

Get them while they’re smaller. Sumac trees can develop an extensive network of smaller trees in a rapid amount of time, so identify them before it becomes worse! Dig out the sprouts while you can, but there will still be a problem with the bigger “mother tree”, which will only send out new roots and produce new sprouts.

Pulling and cutting. Pull out as much of the sumac’s roots as you possibly can. You should also cut down the stems at the lowest height possible using clippers or pruning shears. If you’re able to reach the base, cover it with kosher salt to discourage it from healing and growing again. You can also cover it with a plastic covering instead of salt; this has the same effect.

Mow them. Mow small sumac plants regularly, especially before they flower and seed, which takes place during the fall. Mowing off the leaves of the sumac plant will eventually starve out and kill its roots, but be prepared to do this repeatedly for a while.

Call an arborist. Sumac can grow to be very big, so call an expert for the best way of felling it. Cutting trees can be very dangerous, and often the local government requires you to file a permit, so check first before doing anything.

Shovel it. If the biggest sumac plant out of the bunch is fairly small (around one to four meters), you can dig it out yourself. Get a nursery digging spade (or a small shovel), a landscape utility bar, and a pruning saw. Put on rubber gloves and saw off the upper half of the tree until only the stump is left. Next, dig around the tree stumps to form a trench until the roots are visible. The farther you dig away from the stump, the better. Once the roots are exposed, use the utility bar to stab away at the roots to release their grip from the soil. Use the same bar as a lever to fully remove the stump.

Herbicides. Cut down sumac plants down to their stumps and apply herbicides such as Roundup or Brush B Gone. Herbicides against poison ivy are effective for sumac, too. Use a paintbrush and brush the herbicides on the surface of the stumps. Take note that these herbicides may affect other woody plants, so use very carefully. You can also contract an expert to do it for you if you really want to make sure that this is done properly (or if you just don’t want to directly deal with a poison sumac!).

Check your herbicide to see how long you have to wait before planting new desirable plants after the sumac has died. It can last from one to three months before you can attempt trying to grow anything new.

If you don’t want to do all that extra work of getting down to the sumac’s stumps, then make a cut on the bark or stem of the sumac. See the green layer under it? Apply the herbicide using the same technique with the paintbrush.

Goats. If you want to get rid of sumac plants on your farm and happen to keep goats, unleash your goats to steadily eat away the sumac plants. They can handle just about every kind of plant, even poison sumac. Make sure that they eat the leaves steadily over a period of time, leaving no leaves. This will starve out the roots and cause the sumac to die.

Brine. For poison sumac, pour brine into its roots everyday until the plant dies. To make brine, mix ½ cup of salt with just enough hot water to dissolve it completely. This may affect other plants near the area, as well, so use wisely.

Mulching. Cover the sumac-populated area you have been continuously mowing/cutting/applying herbicide on with a non-living material such as garbage bags or tarpaulins. This is especially helpful during the fall season, when birds do their part in dropping sumac seeds around. Mulching blocks the much-needed light that plants need to germinate and grow.

Don’t burn. Don’t burn sumac, especially if you don’t know what kind of sumac you might be dealing with. If you burn a poison sumac tree, its particles may still have poison and be airborne, causing people to inhale them or get them against their skin.

Sumac, just like any other invasive and aggressive weed, can only be effectively removed with continuous and repeated efforts. You may miss its brilliant red fall colors, but it’ll be worth it once more desirable plants establish their territory in your garden.

Click here for more information on how to get rid of sumac.