How to Get Rid of the Red Ring of Death 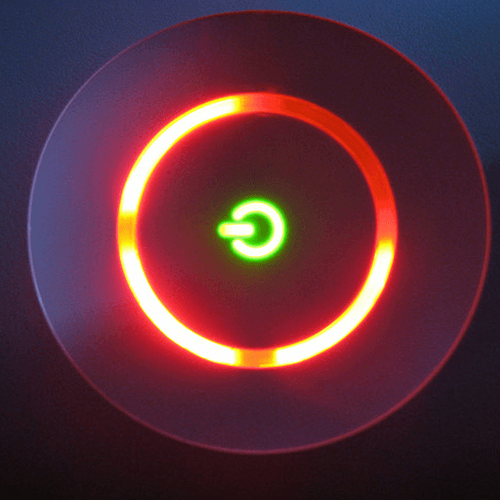 The Xbox 360 is a very reliable gaming and home entertainment appliance, but like many powerful home computers, it can crash. Crashes and hang-ups can occur in the middle of a game, or during the start-up sequence. One common problem that may reveal a serious problem with your Xbox 360 is the “Red Ring of Death.” Here are some ways to repair the problem.

The Xbox 360 has five LED lights that flash either green or red. A quadrant of lights surround the main green light that indicates that the power switch is on. Under normal operation, each of the four lights that glow green represents a controller connected to the Xbox 360 (up to four controller units can be attached to the Xbox 360 at once). If you’re an Xbox 360 user, you should be familiar with the error codes represented in the indicator ring when they glow red:

The Red Ring of Death is caused by a hardware failure. Sometimes the problem may be temporary and may require a quick restart of the system, but there are some occasions that you may need to perform user-serviceable repair tasks. The RRoD may be caused the following:

When the RRoD occurs, it’s best to call Microsoft Customer Service to have them repair or replace the Xbox 360 as long as it is still under warranty. Do not attempt to repair an Xbox 360 on your own; the machine is composed of many parts and components that can only be repaired by qualified service technicians trained by Microsoft. Before calling up the Microsoft hotlines to have your Xbox 360 repaired, there are some things that you could do to check if the RRoD problem is a minor glitch or a one-time only occurrence that you can still get around with:

The Red Ring of Death can spell frustration and disappointment for many fans of the hugely-popular third-generation gaming console. With these steps, you can repair the errors that may get in the way of your gaming experience. Interested in learning more about computer? Check out types of buses in computer For more information regarding this article, read how to fix an Xbox.

8 People reacted on this