How to Get Rid of Vertigo

Posted on: February 12, 2009 Posted by: Nicole Harding Comments: 0
Tags: How to Get Rid of Vertigo 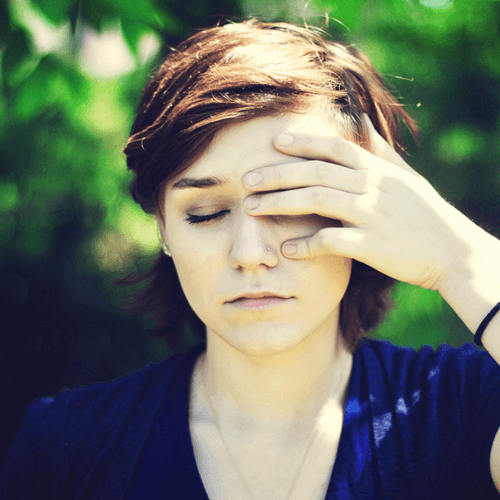 Vertigo is the feeling that you or your environment is moving or spinning. It differs from dizziness in that vertigo describes an illusion of movement. When you feel as if you yourself are moving, it’s called subjective vertigo, and the perception that your surroundings are moving is called objective vertigo. Unlike nonspecific lightheadedness or dizziness, vertigo has relatively few causes. Vertigo is usually associated with a problem in the inner ear balance mechanisms (vestibular system), in the brain or with the nerve connections between these two organs. The most common cause of vertigo is benign paroxysmal positional vertigo, or BPPV.

Vertigo can be a symptom of an inner ear infection. Vertigo can be a symptom of an underlying harmless cause, such as in BPPV or it can suggest more serious problems. These include drug toxicities (specifically gentamicin), strokes or tumors (though these are much less common than BPPV) and syphilis. Vertigo can also be brought on suddenly through various actions or incidents, such as skull fractures or brain trauma, sudden changes of blood pressure, or as a symptom of motion sickness while sailing, riding amusement rides, airplanes or in a motor vehicle. Further, vertigo can be caused by carbon monoxide poisoning. Finally, it is one of the more common symptoms of superior canal dehiscence syndrome and Meniere’s disease.

Self-Care: Home therapy should only be undertaken if you have already been diagnosed with vertigo and are under the supervision of a doctor.

Vestibular Rehabilitation Therapy: Vestibular rehabilitation therapy (VRT) is a type of physical therapy used to treat vertigo. The goal of treatment is to minimize dizziness, improve balance and prevent falls by restoring normal function of the vestibular system.

In VRT, the patient performs exercises designed to allow the brain to adapt to and compensate for whatever is causing the vertigo. The success of this treatment depends on several factors including the following:

Vestibular rehabilitation therapy is designed by a physical therapist under the direction of a physician. In most cases, patients visit the therapist on a limited basis and perform custom-designed exercises at home, several times a day. As the patient progresses, difficulty of the exercises increases until the highest level of balance is attained during head movement, eye movement (i.e., tracking with the eyes) and walking.

According to the American Academy of Neurology, the most effective treatment for benign paroxysmal positional vertigo (BPPV) caused by ear crystals in the posterior semicircular canal is a technique called the canalith repositioning procedure, or the Epley maneuver. In this procedure, a physician or physical therapist assists the patient in performing a series of head and body movements that move the calcium crystals out from the posterior semicircular canal and into another inner ear canal, where it is absorbed by the body. Another technique (called the Semont maneuver) also may be effective, but additional studies are needed.

Medical Treatment: The choice of treatment will depend on the diagnosis.

Medications: Ear infections (e.g., otitis media, labyrinthitis) caused by bacteria may be treated using antibiotics (e.g., amoxicillin, ceftriaxone). Myringotomy is a surgical procedure that may be used to treat chronic ear infections. In this procedure, which is performed under anesthesia, an incision is made in the eardrum and a small tube is placed in the opening to prevent fluid and bacteria from building up inside the ear.

BPPV that does not respond to canalith repositioning may be treated with meclizine (Antivert), an oral antiemetic that can be taken up to 3 times a day or only as needed. Meclizine may cause drowsiness, dry mouth, and blurred vision. If meclizine is ineffective, benzodiazepines such as clonazepam (Klonopin) or antihistamines such as promethazine (Phenergan) may be prescribed. Side effects of clonazepam include drowsiness, lack of coordination (ataxia) and confusion. Promethazine may cause drowsiness, fatigue, insomnia and tremors.

Ménière disease may be treated by reducing sodium (salt) intake and with diuretic medications. A short, tapered course of corticosteroids (e.g., prednisone) may be prescribed early in the disease to reduce inflammation and stabilize hearing. Antibiotics (e.g., gentamicin) may be administered into the middle ear (called intratympanic perfusion) to treat severe vertigo caused by Ménière disease. Vertigo caused by migraine can often be treated with medication. Cerebrovascular disease (stroke), tumors and multiple sclerosis may require treatment with medication, radiation or surgery.

Here are some of the popular medication options for your perusal:

Here are some ways to tips and methods avoid a person from having this condition in the first place.

Vertigo can easily be treated. In fact, there are vertigo-treating tablets readily available under prescription after seeing your local doctor or specialist. These tablets can treat the vertigo within a couple of months. Of course, vertigo can also stay with a person for life, but for the most part it’s a somewhat manageable condition.

Click here for more information on how to get rid of vertigo.