How to Get Rid of Weasels 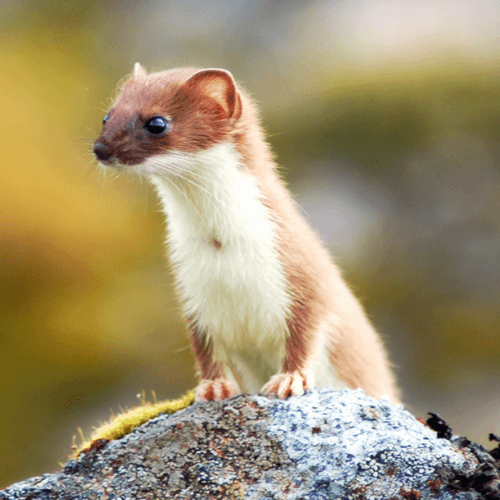 Weasels are mammals from the Mustelidae family. The term “weasel” used to refer to just one species of the genus Mustela, and was commonly used in the United Kingdom. In the United States, the term “weasel” refers to the genus in general. There are 16 extant species under this genus, and 10 out of 16 have names with “weasel” in them. The species named with no “weasel” include ferrets or polecats, two types of mink species, and ermine or stoat.

The length of a weasel varies depending on where they live, but they range from 6 to 14 inches, or from 15 to 35 centimeters. It has a white belly, but its upper coat is light brown. You will know that what you are seeing is a weasel if it is has no black fur at the tip of its tail. Usually, the species with black fur at the tip’s tail is found in high altitudes, with longer bodies. They use the length of their bodies to chase after their prey.

Weasels are small, but they can kill an impressive number of chickens in just one feeding session. Weasels are aggressive and fierce, and can kill creatures that are a hundred times bigger than them. Just imagine: a four-ounce weasel can kill a rabbit weighing four pounds. Weasels like animals that are several times bigger than they are so that they can catch food for future use. They make sure that there is always a surplus for their meals since it isn’t everyday that they can kill animals.

Weasels are small, but clever. They love it especially when you slaughter lots of chickens and pigs in the yard. Weasels feed on the meat and enjoy it to the fullest, since the chickens and pigs can no longer escape.

To a lot of animals like large cats, coyotes, foxes, bobcats, owls and hawks, weasels are prey. To chickens, moles, shrews, mice, rabbits and rodents, they are predators. They can kill even your fish because weasels can swim. As a pest, you need to deal with them properly.

How Do I Track Weasels?

A weasel has five toes, but it only has two pairs of foot prints. The prints are less than an inch wide, and typically one inch long. A weasel is also determined by its oval form, useful for entering tunnels. It finds its way through tunnels to feed on animals that thrive under the ground, like gophers. Other animals it feeds on are ground squirrels, frogs and rats. Hunting weasels is a challenge especially if it is your first time to do so. Aside from luck, you need patience to save your pets from pests.

After Tracking, How Do I Trap It?

Farmers and trappers are very meticulous when it comes to trapping weasels because it is a tricky thing to do. Even farmers who do this all the time still find it difficult to completely get rid of weasels in their yards.

What farmers and trappers do now is resort to the easiest method of weasel trapping: using bait and a weasel box, they can make sure that their chickens are always safe.

What Can I Use for Weasel Bait?

The first thing to remember is to cover the trap with tree limbs or boards so that you won’t kill accidentally kill other creatures. You can bait a weasel with fresh meat: the bloodier, the better. Weasels love feeding on blood. You can also buy from trapping suppliers who can give you gland lures, but these can be expensive. If you live at a high altitude and you need to chase the weasel on snow, dab the meat in front of the weasel box to capture the attention of the weasel.

If you need to trap weasels often, you need to inform the representative of the local wildlife agency.

Where Can I Find These Pests?

Go to places with bushes and tall grasses. Swamps will not fail you. Rock walls are also a good source of weasels, especially on parts where two or more walls meet. You can also set up your weasel traps on large cracks, specifically steep ledge areas.

When is the Perfect Time to Catch Weasels?

It is not enough to know how to catch a weasel and what materials to use. You should also have the perfect timing. The best time to catch a weasel, especially if you are in a place like New Hampshire where weasels are everywhere, is during the winter months because by late November or early December, this critter has already gone white from brown. The local government of New Hampshire is into weasel trapping by this season. It is in this season that the government allows weasel trapping, because weasel trappers use the white coating of the weasels for business purposes.

Save your meat business by killing these pests and give your community good quality chicken meat. After all, you deserve quality food. As you do your part in killing these pests to serve good food, you can make use of the weasel coats to start another business, too! Getting rid of weasels is a win-win situation for you.